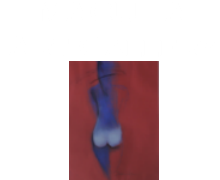 Ian Maigan is one of the Baler artists that initiated “Tareptepism,” who along with his fellow artist comrades—Sherwin and Vincent Gonzales, developed “Tareptepism” (an Internet-born art –ideology that came from the Baler word “Tereptep,” which means ripple of water, waves being the art principle’s denominator.

Tareptepism is an ism which is based on a historical perspective, Tareptepism recognizes that visual artists are exposed to multi-media in the information age; intrinsically, they are open to many waves of fusing influences. An art of fluid movement ever varying and evolving through the matrix where the art and the artist dwell like water it is ever supple and ceaseless.

Tareptepism means putting motion to graphical representation of emotion and soul through manipulation of lights, colors, textures and lines.

From Juan Luna to Fernando Amorsolo, Benedicto “BenCab” Cabrera to Ronald Ventura, there is no art movement that can duly be labeled as Filipino. Tareptepism aims to convert the ripple of Filipino art into waves in the national and global art scene — “Distinctively Filipino”.

Tareptepism capturing motion from environment and dynamism of emotion; the waves, the wind, the streams, formation of leaves, ripples of water are some of the elements that inspired tareptepism. It is an artifice of motion.

Tareptepism, conflicting to another art movement futurism, is 100% pro nature. Tareptepism compares to surrealism which is more on dream while Tareptepism is more on hallucination. It disentangles to realism’s imperfection to Tareptepism’s inconsistency.

Tareptepism is blue and green scattering more strongly as orange and red flash, giving the horizon brilliant and beautiful glow akin to an ophthalmic illusion. It turns into a highly textured and colorful abstraction in bright and vivid colours of a Baler landscape.

Ian Maigan is a migrant visual artist from Palawan who calls Baler, Aurora his home. Ian is known for using tiny dots of primary-colors to generate ripple wave effects.